Why Our Solar Panels are the Most Powerful

A US-based, federal laboratory known as the National Renewable Energy Laboratory (NREL) recently tested our X-Series Solar Panels. It was found these panels have reached 22.8% in energy efficiency, which is much higher than the usual 15 to 18% ratings of other panels.

Aside from the latest X-Series test results, we also have existing lines of panels which exceeded the 15 to 18% usual efficiencies among other modules. The E19 panels could produce 19.5% and E20 were at 20%, while X21 and X22 had 21% and 22% respectively.

We are now working on new solar panels with highly increased efficiency potential that could be used nationwide.

During the last two years, Alfa Industries carried out many installations with the use of E20 modules. The series could generate more power within a same amount of space, in comparison to other panels. With E20’s power-tolerant cells and compatibility with transformer-less inverters, Alfa Industries’ technicians were further geared to install high-performance and money saving equipment for homes.

Thank you for such an informative article! It was very interesting to read about technologies you use in the production of your solar panels. I hope it’s not the last article concerning green energy. However, it’d be great if you told your readers how you work on custom projects if it’s possible, of course. By the way, every word about the excellence of your solar panels and technologies you use is absolutely true, other independent ratings confirm this fact.

I think the technologies used by Alfa Industries’ technicians and their dedication to what they do play the primary role in the success of their products (including solar panels). And I completely agree with you on this point.

My company has always been your partner, almost since Alfa Industries’ establishment. I’m really surprised that you deliver not only perfectly working industrial solutions but also amazing products for home use (including solar panels). Probably it is the most important thing that diversifies your company from other manufacturers – you always think about your customers first, and not on the possible ways of gaining more profit. It’s impressive!

Design and Advanced Materials As a Driver of Innovation 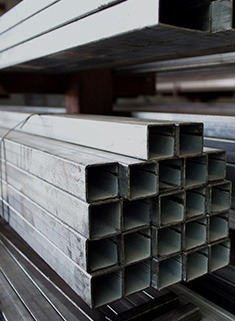